to collect unwanted waste material from their warehouse in Borehamwood, as warehouse space is very limited.   Noah’s Ark Children Hospice is an expanding children’s hospice service, seeking to serve an estimated 900

life-limited or life-threatened children or young people, and their families, living within the communities of Barnet, Camden, Enfield, Haringey and Islington. Noah’s Ark opened it’s first charity shop in November 2011 on Barnet High Street and have since opened a further two shops – one in Borehamwood and one on Finchley Road (NW3) all of which have had fantastic support from the local community.

Steve Christopher, Construction Manager on the project said “doing things like this is important to me, not only do I want to leave behind a legacy of building the extended platforms on the North London Line, my team and I want to help the community where possible and demonstrates to our nearby stakeholders we want to work with them also.

Dyer & Butler strive to enhance the communities where it is working, and simple acts of support, such as this, are easily organised and can make a huge difference to the recipients.

PUSH IT FOR THE PEACE

We are delighted to have been part of this fabulous charity event for a number of years. Our lorries leave haulage duties behind for a day and become part of an arduous assault course with the participants clambering over the vehicles, climbing ladders and flying down chutes all to raise money for The Peace Hospice, Watford. 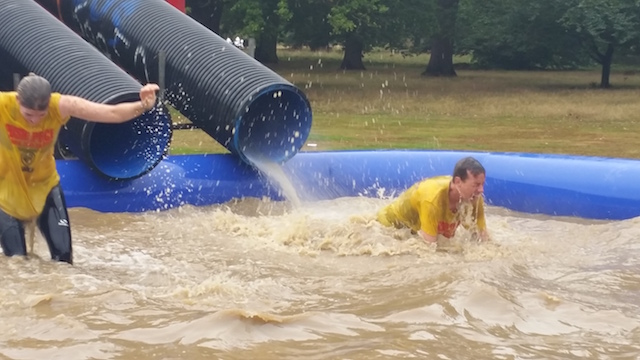 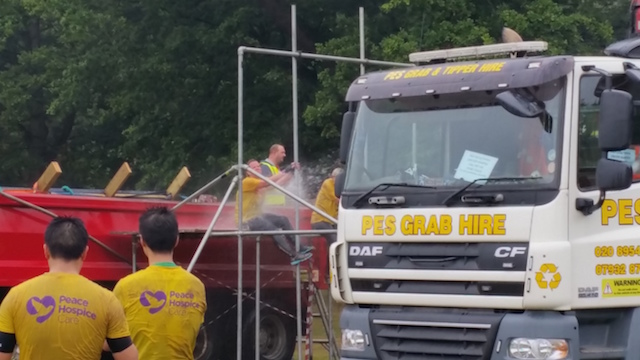 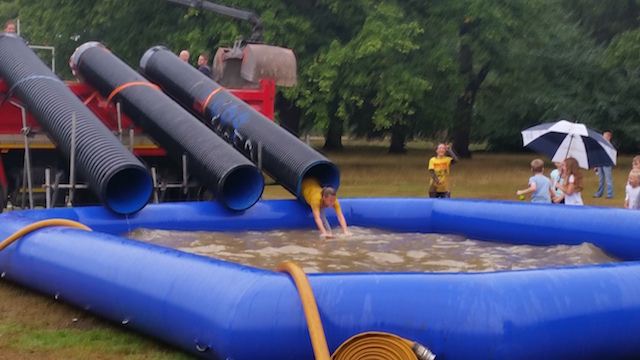